Sea Fare Foods was established in 1959 by Solomon Abraham Lincoln Sack, known affectionately to his friends and family as Linc. Lincoln’s father, William, had worked as a ‘jobber’ in the herring industry through all of Lincoln’s childhood and adolescence. A jobber was basically slang for a distributor. Willy would spend part of the year in Scotland with suppliers, and the other part in New York, working with buyers. He would eventually lose his business when several buyers did not repay the credit lent to them. 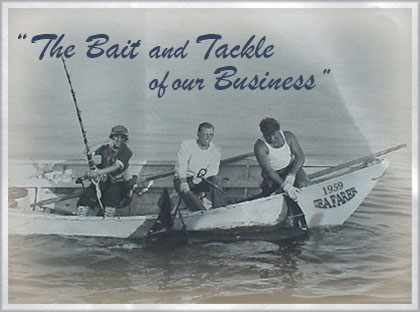 Lincoln was with his father on one of the Scotland trips when he was drafted into the US Army in 1940. As a Lieutenant Navigator, Lincoln was credited with flying over 70 missions in World War II. He returned stateside and attended St John’s University on the GI Bill. It wasn’t for him. He found work in the herring industry in New York. He met a young woman named Dorothy Schwartz in Brooklyn, 1945. Two weeks later they were married and driving up to New Brunswick, where Lincoln was to manage fishing docks. Three children and a relocation later, Sea Fare Foods was born in Detroit, MI. Dorothy helped with the books, while Lincoln ran production and administration. The original plant was at Fort and Green streets, in front of the railroad tracks, which was how the fish was delivered at that time.

Many seasons have passed, suppliers gone under or bought out, tastes changed, and changed again, and Ma Cohen’s is still here. Philip, Lincoln and Dorothy’s son, took the reigns of Sea Fare Foods in 1998, after working for and with his father since 1979. After a long and fulfilling life, S.A. Lincoln Sack died in January of 2012, just four months after the passing of his wife, Dorothy.

Today, Phil runs the business with the help of his son, Kevin, and Deborah Jackson, Sea Fare Foods employee of over twenty years. Kevin helped to usher in the line of smoked fish products now available under the Ma Cohen’s name. Without Debbie’s hard work and loyalty, the business would not be where it is today, plain and simple. Thank you, Debbie, and thank you, everyone, who has been a part of our business over the years.